Since my only experience with a solar eclipse was a partial one in 6th grade when I couldn’t get my cardboard eclipse viewer to work and never actually saw anything, I will admit that I wasn’t very excited about the this week’s big eclipse.

But when my sister asked if we would like to adventure with them to see it, I said, “Sure – why not!” I wasn’t expected to actually see anything, but a road trip with her is always fun!

We had a vague plan in place. Meet at my house. Bring food. Drive south to a spot in totality. Perfect. 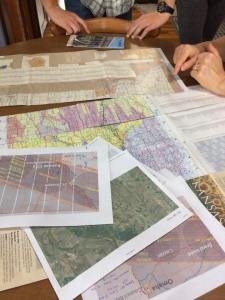 But Eclipse Day dawned overcast and rainy. We consulted long and hard over several maps and weather forecasts before deciding to head toward Fall City, Nebraska which was in the epicenter of totality.

(Which is a word I have never used in my life until now – but one I used frequently that day – and have already used twice in this post!)

It remained overcast and we drove in and out of rain during our two hour drive. But the kids played “Sunshine on My Shoulders” and every other song from their playlists with “sun” in them to keep our spirits up.

We may have gotten lost temporarily – but we eventually found the party at Fall City just in time for the eclipse to begin.

And for the clouds to settle in.

When it stated to sprinkle, my brother-in-law pointed to a patch of blue sky in the distance and said, “Let’s find it! We won’t see anything here!” 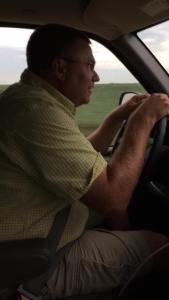 So we jumped in the van with our free eclipse glasses (thank you Fall City Chamber of Commerce!) and started our afternoon of eclipse chasing.

We would drive around for several minutes until someone spotted the sun, then we would pile out of the van on the side of the road and check out the progress with our free glasses. 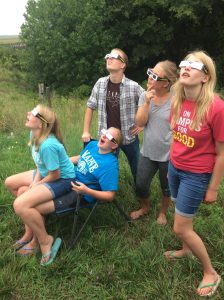 When the clouds moved in, we would move on. Piling back in the van and heading off in another direction to repeat the procedure.

We were in the middle of a random gravel road somewhere west of Fall City when the eclipse reached totality. 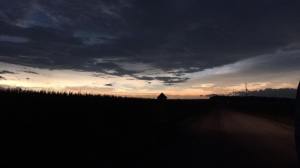 It was amazing. Absolutely amazing.

Beyond anything I could have imagined.

Standing there in darkness and seeing the sun rise all around us.

Our kids were dancing around the gravel in the sheer joy of the moment. Okay – I might have danced a little, too!

A few minutes later it was over and the moon started to move on.

And with it the clouds, leaving us a beautifully sunny afternoon to watch the moon slowly pass by. 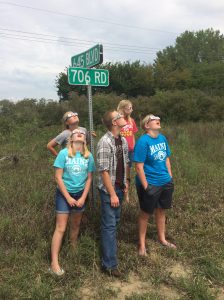 Which we did. In awe and amazement.

We were finally able to try out all the viewing methods that hadn’t work well with the cloud cover. 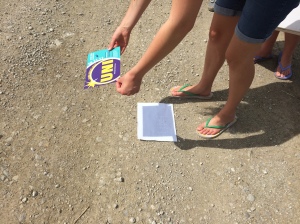 One of the kids observed that after seeing a total eclipse of the sun – anything else we did the rest of the day would be anti-climatic.

We made a quick stop at Indian Caves State Park and then snacked our way back home – getting stuck in the hundreds of cars all trying to get across the Missouri River. 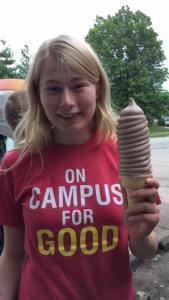 And of course we got ice cream.

Because no adventure is complete without ice cream!

And this is one adventure that we will never forget.

Once in a lifetime.