We did it again!

Somehow in the midst of crazy fall schedules, all of our kids were able to join us for several days in the North woods of Minnesota.

Why does it seem almost miraculous to have everyone together?

It was a gift to be treasured.

We shared picnics with laughter. 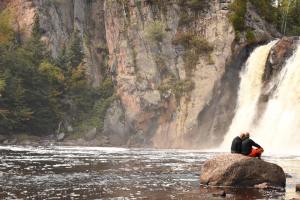 Views so beautiful they took your breath away.

And made you praise the awesome God that created it. 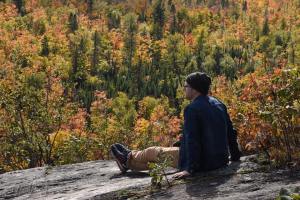 Views made even more special because of the dear ones that shared it with us.

And the laughter we shared along the way. 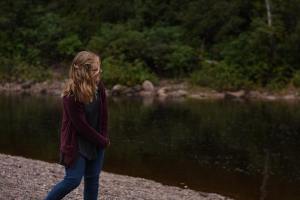 The vibrant colors of fall becoming more pronounced with each new day. 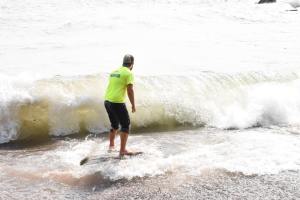 Days so warm we could ride the waves on Lake Superior.

And mornings so cold we snuggled in our hoodies, sipping hot coffee. 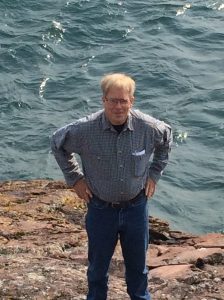 And even more precious people.

We made some truly beautiful Minnesota memories.

You may remember from my previous post that I am terrified of heights.

That makes me doubly proud of the fact that while we were in the Tetons – I climbed up a mountain with my family.  🙂 Jan and I had taken this same climb years ago before children – so I knew what to expect. 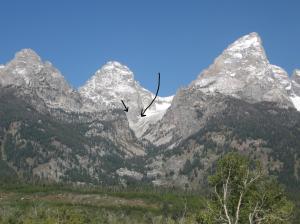 Our goal was Surprise Lake and Amphitheater Lake – high up in the ridge between the Grand Teton and the Middle Teton. It’s somewhere roughly behind where the arrows are pointed in the picture.

It would be a climb of over 3000 vertical feet and almost 10 miles round trip – pretty strenuous for a family that includes a 9 year old and a 40 something mom!

It’s under the treeline and in the shadow of Disappointment Peak (so named because the it looks like you are climbing the top of the Grand Teton – until you get to the top and realize there are still several thousand of feet to climb!)

Jan is a mountain climber (or was – before he married me and we had 5 kids!) He has hiked and climbed extensively in the Tetons – even reaching the summit of the South Teton.  This hike was really important to him. He wanted his kids to see the world from the top of mountain peak.

You have to admit – the perspective is sure different!

On the way up we were so intent on every step that we kept on eyes glued on the path ahead. Every once in awhile Jan would remind us to stop and look around. 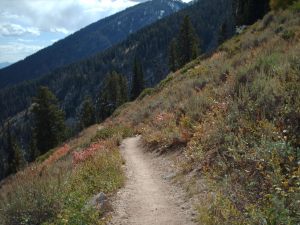 But I have to admit – it’s was hard to look around when I was standing on a tiny path on the edge of mountain side. 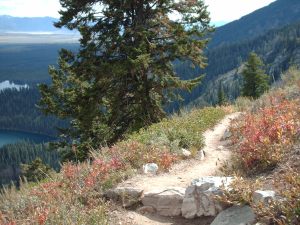 Then there were these obstacles to watch out for.   They trip you up and the fall is painful – just ask Buddy. His scrapes are healing nicely and he never left the trail (I’m sure his guardian angels are bruised!)

By the way – this was the scariest part of the hike for me! We were in this beautiful alpine meadow but I felt as if I was balancing in mid-air. I felt much safer with trees around me! 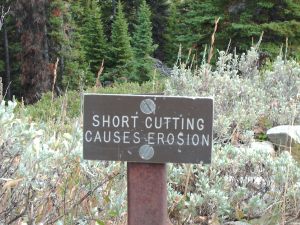 What a life lesson there is in this sign! There are no real shortcuts in life.

We actually saw a guy walking straight uphill between switchbacks. He would take about 4 steps and stop exhausted. He was climbing straight up that mountain. He was exhausted and he was stupid.

There’s a reason the trails are laid out the way they are.  Short cuts just lead to trouble – in mountain climbing and in life.

We made it!  Amphitheater Lake – fed by glaciers and hidden in the peaks. We stopped and enjoyed our sandwiches while watching real mountain climbers using ropes to descend from Disappointment Peak.

The water was ice cold.  I know that for a fact because I put my feet in it!  The kids had a competition to see who could keep their feet in the longest – Angel Girl won.  She kept them in for 4 minutes. Yes – FOUR minutes. I’m wondering if her thermostat might not be working?!

It was a sweet moment of victory – the entire family relishing the accomplishment and savoring the view.

It became especially sweet when we realized that the second half of the hike was all downhill! 🙂